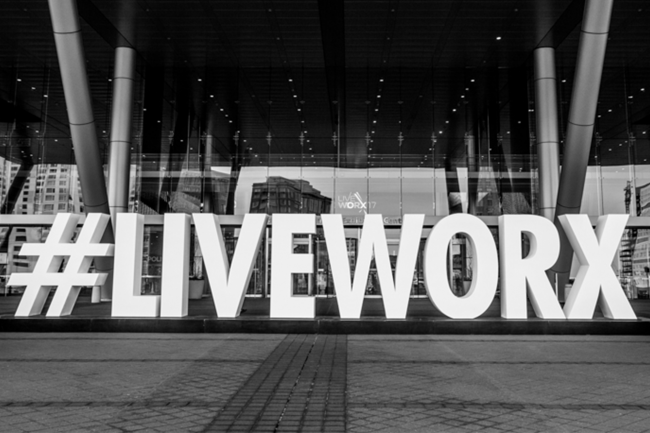 LiveWorx 17 opened with quite some flash… literally. A dazzling and intricately choreographed laser show, complete with dancing industrial robots and audience participation through LED wrist-bands, wowed journalists, analysts and industry professionals in attendance at this year’s opening keynote.

Many customers involved in the IoT space may primarily associate PTC with its IoT application enablement platform, ThingWorx. However, PTC is also a leading provider of CAD software and product lifecycle management (PLM) with its Creo and Windchill product offerings, respectively. According to MachNation forecasts, worldwide IoT application enablement and device management revenue will be USD2.0 billion in 2017 growing to USD83.4 billion by 2025 at a 59% CAGR.

ThingWorx, Creo and Windchill place PTC in a unique position to weave a “digital thread” (aka, a digital twin) throughout the entire lifecycle of a product’s development, deployment and operation. During the opening keynote, PTC’s CEO, Jim Heppelmann stated, “IoT is PLM or at least it’s the next generation of it”. But what does he mean?

It wasn’t until after the theatrical fog had cleared, that the answer started to become evident. On stage was the Bosch Rexroth CytroPac, a compact industrial hydraulic power unit and a selection of mock-employees each responsible for a different aspect of the product’s lifecycle. PTC illustrated three use-cases.

PTC envisions that IoT-enabled devices and IoT-enabled business processes are simply two sides of the same coin. None of the individual technologies on display were particularly new or revolutionary to IoT followers, but the comprehensiveness of the PLM integration and the real-world business value demonstrated indicate the direction PTC is keen to take moving into the future.

In addition to the typical LiveWorx informational sessions, partner booths and hands-on demonstrations, PTC announced the latest version of their ThingWorx platform with ThingWorx 8. Highlights include native platform support for real-time anomaly detection, expanded integration for industrial connectivity and increased support for integration with Microsoft’s Azure cloud and Amazon’s AWS cloud. PTC also announced improvement to one of their fastest growing products, ThingWorx Studio, with native support for Microsoft’s HoloLens.

We look forward to seeing the continued successes of PTC with its integrated platform and application strategy.