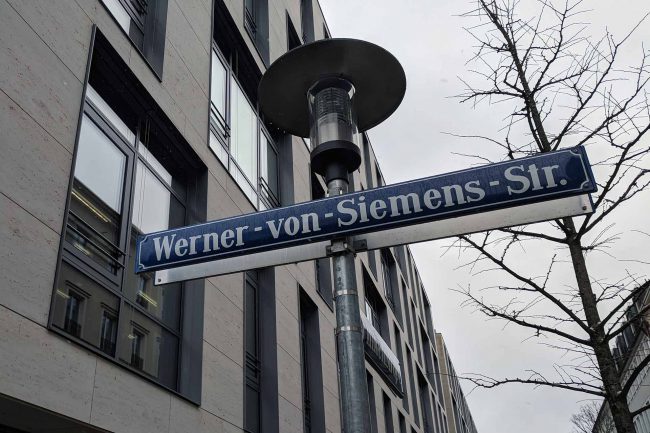 Siemens President and CEO Joe Kaeser (@JoeKaeser) kicked off the Innovation Day 2017 with an impressive fact: 29 out of 30 top automakers use Siemens’ PLM software.

Founded in 1847, Siemens is a German conglomerate with global leadership positions in sectors such as industrial automation, energy and healthcare. The innovation day demonstrated not only Siemens strengths in established markets but also its ambitions in the evolving Industrial IoT ecosystem with IoT solutions built on MindSphere. Siemens MindSphere is a cloud and edge-based IoT platform that enables a variety of services such as remote diagnostics, usage and performance monitoring, analytics and remote management. Siemens MindSphere platform was selected for inclusion in the recently published IoT Edge ScoreCard 2018.

Before we dive in cover the highlights of the main event….  A day earlier, MachNation was honored to attend the annual Inventor of the Year, an evening where Siemens recognized leading innovators. The event rewarded numerous Siemens (and one non-Siemens) employees for their significant contributions to patentable research. The awards went to inventors that contributed to improvements to power grids,  to medical equipment as well as to an inventor who developed body tracking technology that works without a sensor suit. The evening highlighted the value derived from €5.2 billion invested in R&D by Siemens in FY2017, a ~30% increase from the FY2014 figure.

Back to the main event… Siemens placed a clear emphasis on its digital business. This is a business that is growing at 20% annually and has recorded €5.2 billion in revenue in FY2017. Global brands like Adidas and Rolls Royce joined Siemens to share how the companies are working together and to discuss the revolutionary potential of digitalization. Jan Mrosik (@JanMrosik) announced that the number of apps built on MindSphere is now in triple digits and growing steadily. This is good news for Siemens as getting traction in the crowded IoT platform space has proven to be a challenge for one it’s main competitors on the other side of the Atlantic.

As Siemens leans heavily on its deep domain expertise and its massive install base, we’ll closely follow and look forward to its success in enabling and powering the current and upcoming industry trends like IoT, Machine Learning and Artificial Intelligence.

More information can be found on the official event page for Siemens Innovation Day 2017.