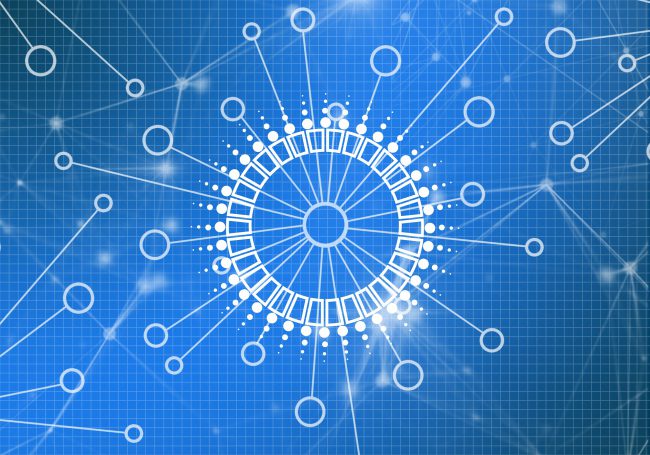 In the two previous articles of this three-part series we discussed 7 benefits for DLT in IoT applications and profiled three IoT vendors who are already leveraging DLT in their solutions. In this piece we will be recapping some common terminology used when discussing DLT and taking an in-depth look at the various use cases for DLT across the industrial, financial and consumer sectors.

DLT is the same as Blockchain…right?

While the terms are often used interchangeably, not all DLTs are blockchains, but all blockchains are DLTs. DLT is simply a distributed database of records requiring node validation for making changes to the ledger. See 7 Benefits for DLT in IoT Applications where we discuss the validation process in greater detail. A blockchain varies in its transactional architecture.

The primary distinction to remember here is that blockchain implementations bundle validated transactions into time-stamped and cryptographically hashed blocks with each subsequent hash referencing the previous blocked hash to create a sequential chain. Like a standard DLT, all changes to the blockchain ledger are immutable, however unlike a DLT, the blockchain ledger is globally available to all parties on the network. Transactions occurring on a standard DLT ledger are only available to the included parties. Furthermore, a blockchain typically utilizes a form of cryptocurrency to facilitate financial exchanges, while a DLT may simply be a distributed system of record (SoR).

Figure 1: Some common capabilities of blockchain and DLT [Source: MachNation, 2019]

One use case for DLT is in the industrial sector using smart contracts.

Smart contracts, sometimes called operational contracts, are pieces of code on a blockchain that define the relationship and actions between parties. The word contract is used because this code outlines the parameters and conditions that must be met in order for the predefined action to occur (i.e., fulfillment of the contract).

There are a virtually unlimited number of smart contract applications to define each aspect of a relationship. Some industrial use cases of using smart contracts to automate processes might include:

Benefits to using smart contracts are numerous including:

Immutable ledgers are inherent to all flavors of DLT networks. It is, after all, a zero-trust network that requires multiple party data validation for any changes to the SoR. After a record is validated and entered into the ledger, it cannot be retroactively altered or changed by any party on the network.

Fraud prevention and security for financial transactions is one obvious benefit of this feature. Take for example, Wells Fargo, that was hit with hundreds of millions of dollars in US Federal Trade Commission (FTC) fines as a result of fraudulent activity in recent years. Immutable ledgers help prevent this kind of activity by providing unalterable audit trails and by demanding a higher standard of data validity than the current system. As such, cryptocurrencies like Bitcoin have operated largely without issue and have indeed seen dramatic rises in value over the past decade. Many have credited the success of Bitcoin to the rise in popularity of blockchain and DLT networks.

DLT and blockchain networks are a big game changer for the financial sector.  “According to Harvard Business Review, the blockchain will do to the banks what the internet did to media.” While slow to adopt thus far, banks and financial institutions are beginning to recognize that the popularity of this new technology poses a threat to their traditional banking methods. Increasing amounts of applications and services are starting to accept cryptocurrencies like Bitcoin and Ethereum as forms of payment. Digital cryptocurrency wallets are becoming more popularized for their convenience and transparency, particularly among Millenials and Gen-Zers entering the workforce.

Though it’s not all bad news for the legacy bank system. Companies like Bitpesa and Ripple are laying the foundation for B2B transactions and acting as intermediaries between large financial institutions for customers who want to conduct business via the blockchain. MachNation anticipates that banks and large financial institutions will implement DLT solutions in the coming years to meet the increases of blockchain currencies.

The explosive growth of the internet and increased requirements for personally identifiable information (PII) to access online services has spawned the growth of an entire market dedicated to stealing and exploiting personal information for financial gain. The latest findings by the Breach Level Index show that 2.6 billion records were stolen, lost, or exposed worldwide in 2017, an 88% increase from 2016.

The expansion of the internet and all its connected services is unlikely to subside. With the increasing adoption rates of Internet of Things (IoT) solutions permeating commercial industries, personal data is more at risk than ever before.

The immutability of a blockchain can provide a new level of embedded security for personal identification. An article in Forbes cited theCivic’s Secure Identity Platform (SIP) as an example of a distributed platform for conducting secure transactions with cryptographically secured PII. Using services like SIP allows consumer to undergo a security check to validate and encrypt identifiable information. This allows partnering organizations like banks and retail vendors to verify legitimate transactions using a person’s digital profile.

These are only a few use cases descripting the disruption that could be caused by DLT and blockchain technology in coming years. One of the central tenants of a distributed network is its versatility. There may very well be, and we fully expect, new and exciting applications to emerge in the fields of IoT and beyond.